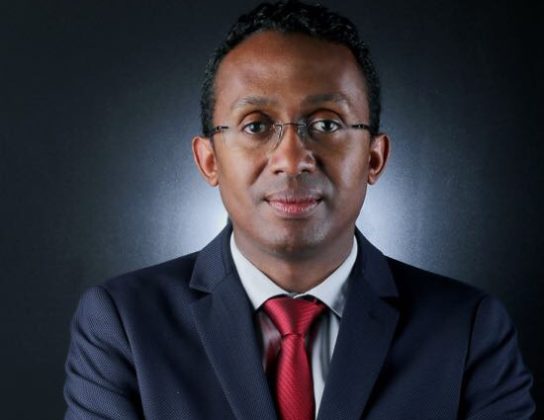 Jovial Imbeh Serge was born in 1978 in Antananarivo, capital of Madagascar. After primary and secondary studies in his native country, he enrolled at the doctoral school of Toulouse (France) in the field of Ecnomy and Finance. His career began in Luxembourg in the field of finance and in Madagascar where he has a career of ten years. Candidate for the next Malagasy presidential elections of November 7, 2018, he explains to Financial Afrik the meaning of his commitment. Exclusive.

Why does a young banker find himself in the political arena rather than continue his rich career and accumulate bonuses and stock options?

First, I came back to my country, that’s my first act. President Mugabe said that Africa is not a cemetery. Brains should not wait until they are completely exhausted to return. On the contrary, we have a duty to serve our countries and our continent. That’s why I decided to go back and participate in the development of my country. I have been working there for seven or eight years, I created an association, AFIMA (Antoky ny Fivoaran’ny Managasy), which means « guarantee of development of the Malagasy people. Through this association, which became a political party, I traveled through the regions, communes and districts of the country to understand the problems and propose solutions.

You are a candidate for the presidential elections. What is your originality compared to others?

First, I prepared well and for years for this appointment. Since 1960, we have never had a president really prepared for the function, via a project of society and through personal preparation. Most presidents were placed by the circumstances. We remember the demonstration that took place in 1972 that led to the overthrow of power. We experienced the same situation in 2009 when street demonstrations culminated in a coup d’etat, a situation that sank the country. Subsequently, a replacement president who never dreamed of such a probability was set up and elected in 2013 with the mediation of the international community.

You see, we have always experienced this situation. During this time, I traveled the country, the 22 regions and the 1600 communes. It is from there that we set up our project of society which is based on solutions to identified problems and not empty promises. Our approach is revolutionary, based on a deep analysis, a project and an implementation plan in the short, medium and long term.

Your association has turned into a political party. What is the number of your members?

We have 10,000 members of the association. These are leaders who carry our ideas and values ​​and not the members. Our criteria of cooptation concern the choice of « new » people, the new generation, women and men who have never been involved in the scandals of the management of the affairs of the city. The people are fed up with mismanagement and want to turn the page on politicians hanging pots and pans. The other criterion is the influence of these leaders in their base communes.

To listen to you, a question arises of itself: who is behind you?

I have always lived in politics. My family lived in politics. My father was a manager at the Ministry of Justice. I was already in 1997 the youngest candidate in the communal elections in Madagascar. I was 17 years old and introduced myself as an independent. I left the country in 2002 for studies. I do not come in as a banker but as a presidential candidate. It is a well-considered decision. Because every time I come back to the country I find that things have deteriorated. Living conditions are deteriorating. I want to be the one who changes things and it is not being a banker that I will get there. To change things, you have to go through politics. I was asked several times to enter the government. I always refused because we go back to the government to apply its ideas and values. I do not want to be in a government and apply policies that do not suit me. I always said that when I do politics, it will be for the people first, then the people and the people always.

What is the economic doctrine that transcends in your project of society?

Everything has to be done again in Madagascar. It is a country with enormous potential and receiving billions of dollars of aid a year. The economic doctrine is youth and employment. Young people constitute 68% of the population, it is an asset. Unfortunately, we have a very high unemployment rate of more than 30%. For young people, this proportion exceeds 50%. The problem in this country is that we are not looking for the leader of tomorrow, we are blocking it. So youth and jobs are my economic doctrine.

Youth and Jobs, of course, but how do you create thousands of jobs for young people? How are you going to stimulate the potential of your country?

It’s simple, we will proceed in phases. As we have to redo, we will, within three months of our election, create a $ 3 billion Investment Recovery Fund (BIS) with a lending rate of 3%. The BIS will support young entrepreneurs in joint ventures by taking a stake in the capital of their companies.

The current credit system operated by Malagasy banks and based on interest rates of 18% and concrete guarantees do not promote economic recovery.

My policy is based on stimulating growth. As soon as I come to power, I will exempt companies from half of their profits if they agree to reinvest the manna for at least five years. It’s the investment that creates jobs. We have resources, gold and oil. The operation will start in two to three years. The other big project concerns the infrastructure. It should be known that the rate of electrification of the country does not exceed 14%. It’s too low. We have to solve this deficit to find a strategic partner in renewable energies which proposes us plants with 9 cents of euros the KW. Due to the electricity deficit, the country is running at barely 30% of capacity. You imagine the number of jobs and opportunities lost. Energy is paramount. The same is true of road infrastructures. Madagascar is an agricultural country. Without roads, we can not facilitate trade in agricultural products between regions. Here again, they are lost jobs.

We see clearly in your program, which is based on the creation of employment through investment in energy and infrastructure. How does your party intend to win on a very polarized political scene?

These are discussions I had with members of the international community visiting Madagascar. Without stability one can not develop this country. There is indeed a trio composed of the current president and his two other predecessors. They are all neutralizing themselves and I do not think that if one of the three wins, the other two will let him govern. We need new blood, people without pots, able to break the circle of poverty and misery. Whoever comes to power must bring back stability. As recently noted by a British cabinet study, Madagascar needs a new generation. There is one thing to eliminate in this country: it is corruption that drives poverty and paralyzes the country. We need to restore the health system by entrusting public hospitals to private management through the PPP mode. I am going to pass a law stipulating that all the ministers and servants of the State must treat themselves here and enroll their children in the Malagasy public school.

But will you be retorted that you, yourself, have studied abroad?

There is a difference. It was not my parents who sent me abroad. I worked and I benefited from a French and non-Malagasy scholarship obtained after a competition. That’s what allowed me to go abroad. I know where I come from. The first factor of development is education and health. These are two important axes of my program. A well-nourished, well-cared and well-educated people are doing well.

Finally, we will define you as a social democrat?

Exactly, I am a social democrat. I tell myself that we can not help a people forever. A Malagasy proverb says that if someone wants to eat fish, you have to give him a fishing rod. Although currently 80% of Malagasy are poor, we need emergency programs such as food banks in districts and neighborhoods. The poorest need to be assisted for a year, especially when it comes to infrastructure work.

Like any Island, Madagascar faces high logistics costs. How will you get around this obstacle?

We have all the big groups established in Madagascar. I would say that logistics is not a problem. The country is poorly managed politically. The political risk is high. The Colas, Vinci, Bouygues are all there but desperately waiting for the state to undertake major projects. This island has all the benefits and products needed for takeoff.

So, your development model is Mauritius?

It is not comparable. Mauritius is a small island that lives tourism and formerly sugar cane. Madagascar has a huge territory and can live both tourism and raw materials. The primary and secondary sectors are unfortunately abandoned. As a result, we export vanilla that comes back imported in the form of expensive luxury goods for the common Malagasy. It’s a crime. It takes a minimum of local transformation to improve the lot of 25 million Malagasy.

Last question. What is your vision of African integration? Does Madagascar dream of Africa or continental drift?

We are African, members of SADC and COMESA and the African Union. Our history is linked to that of Africa. Our future is in Africa. I am a Panafricanist Malagasy candidate. 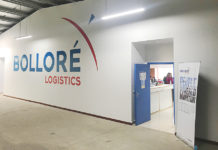 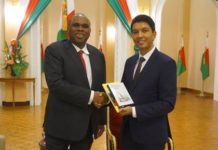 BCP about to acquire 4 new banks in Cameroon, Congo, Tunisia and Madagascar 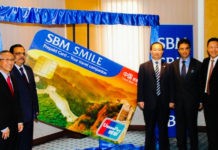 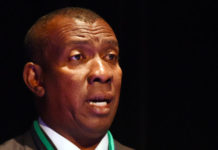 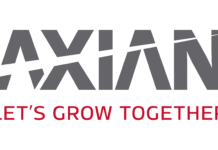