In a recently published column, Alpha Saliou Wann, an alliance of democratic forces (AFD), an observer of the Guinean socio-political life has defeated the claim that the Guinean state subsidizes fuel. Subsidy, which is precisely at the center of the current crisis and whose « abandonment » has automatically caused the rise in the price of liter of gasoline and diesel at the pump.

« We must refute the government’s flagship argument that fuel subsidies have caused Guinea to lose 765 billion francs in six months. I say: the state does not subsidize fuel in Guinea. We are talking about a subsidy, when the selling price is lower than the cost price, in our case, for example when the cost price is 9,000 francs per liter and therefore that the State bears the difference of 1,000 francs to guarantee to consumers the price of 8,000 francs. Such is not the case  »

« We must first know that the state does not import fuel, it is the subsidiaries of the multinational oil companies of the place who take care. Thus, according to the price structure of petroleum products of the National Office of Petroleum of June 2018, the prices of one liter of petrol and diesel returned to the port of Conakry are respectively 5,199 francs and 5,345 francs. The state sets the margins of distributors and retailers, as well as equalization transport. On each liter sold, the distributor earns 495 francs and the retailer 285 francs, equalization transport is 440 francs, these are lump sums. I remind you that it is the distributors and the retailers who take all the risks, in particular the investments, the wages, the banking expenses etc. On the other hand, the State gives itself the lion’s share with 1,581 francs / liter for the gasoline and 1,435 francs / liter for the gas oil « explains this observer.

Who can talk about subsidy, he wonders, when the state wins on every liter sold 1,581 francs for gasoline and 1,435 francs for diesel? If he asks.

As the saying goes, he continues « to govern is to provide », but unfortunately, our leaders do not govern, they are driving on sight. When oil prices were at their lowest, the state had huge revenues, but they were exceptional, so we had to predict their decline when prices rose.

« This is the mistake often made by African governments, in times of fat cows, they do not invest for the future, nor prepare the lean season. At the height of the crisis with the unions in 2016, I made a plea for lowering the price of fuel by explaining that given the structure of oil prices in February 2016, a margin exists to do so. Gasoline and diesel were delivered to the port for respectively 2,982 francs and 2,347 francs, the margins distributors, retailers and transport equalization remaining unchanged, ie 495, 285 and 440 francs per liter. The State thus earned 3,798 francs / liter for gasoline and 4,433 francs / liter for gas oil.

« From June 2014 to September 2017, the government largely benefited from the sharp decline in oil prices. As they are accustomed to the facility, with the absence of any strategic thinking, they are disarmed in the face of the downturn. Now, they want at all costs to make the people bear the burden of their carelessness. They consider as a definitive achievement the level of fuel taxes at a minimum of 3,500 francs per liter and therefore for them, any reduction in this amount is a subsidy generously granted to Guineans « .

In fact, the challenge for the government, according to him, is to maintain the level of taxes obtained during the period of exceptional fall in oil prices.

In short, this analyst strives to explain to us that the Guinean State does not make a subsidy as such by financing cash or abandoning all taxes to amortize the principle of flexibility of prices of petroleum products on the market. , but rather gives up some of the taxes (not all), since it always wins on every liter returned to the port (in terms of taxes of course).

According to him, the state has never lost money in this scheme, but still does not intend to lower taxes according to prices, or give up some of the taxes on petroleum products and wants to recover 100 percent of taxes to be levied regardless of the trend of the barrel internationally, to maintain the same level of revenue as during the decline in prices. 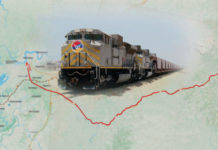