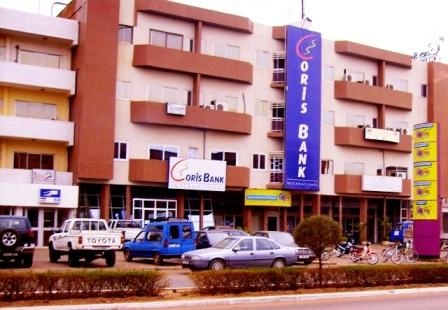 WARA upgraded Coris Bank’s long-term local currency rating International (CBI) from BBB to ‘BBB +’ in May 2018. This rating is at the same level that the Burkinabe national ceiling, which is also established – according to WARA-‘BBB +’. WARA has also upgraded CBI’s short-term rating from ‘w-4’ to ‘w-3’. The perspective attached to this notation is now stable.
As a reference, the international currency ratings that WARA assigns to CBI became: iB + / Stable / iw-5.

Among the bank’s strengths, Wara mentions:

CBI’s strong position in the Burkinabe banking market, built in 8 years, establishing itself as the leading bank in Burkina Faso in terms of total balance sheet;
– sound governance and vision of the bank’s development in an environment
changing; decisions are made effectively and allows CBI to consider building a true sub-regional banking group;
– Robust operational execution, with excellent risk management and very good control of operating expenses;
-The satisfactory level of its own funds and the good profitability displayed by CBI, despite the difficult socio-political context in recent years in the country.

As for the weaknesses identified in the report, they relate to the following aspects:

-CBI remains a domestic bank, despite initiatives to diversify
geographically in the WAEMU zone, which places it in a situation of vulnerability vis-à-vis the macroeconomic stakes of Burkina Faso;
-The tensions on liquidity, inherent to the relative youth of the bank and its strategy of rapid expansion;
-Exposure to a segment of its customers naturally risky, since SMEs / TPE (with a certain concentration in the trade and construction sector) represent one third of
client portfolio of the Bank. CBI’s positioning is based on access to
financing this type of clientele, which often faces difficulties in obtaining credit;
– A very volatile macroeconomic environment characterized by a decline in growth in a context of austerity budget, a deterioration in investor confidence, and a decline in public investment.

Perspective
The perspective attached to CBI’s rating is now stable. WARA justifies this stable prospect by the fact that CBI has managed to create an important place in the Burkinabe banking market. The bank’s growth continues and its innovative nature, combined with excellent risk management, allows it to differentiate itself from the competition. The enhancement of CBI’s rating stems from the
governance which has greatly improved following the separation of the powers of the CEO and the PCA, and the appointment of a new CEO in May 2017. Indeed, this resulted in a better control of the specificities of the banking sector and a desire to respect banking regulations. Added to this is the fact that CBI has been able to consolidate its market share and thus better assert its leading position in the Burkinabe banking sector.