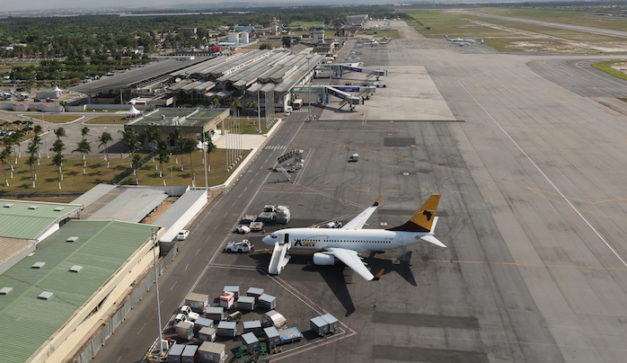 The Kuwaiti firm NAS (National Aviation Service) concessionaire of the public service of assistance at the stop at the international airport of Abidjan, agreed on an adjustment of its tariffs as a result of negotiations with the Ivorian government.

The announcement was made on Wednesday by Bruno Koné, the government spokesman. NAS will “reduce by 30% the ceiling prices of the package of basic services,” said Minister Bruno Koné. This is one of the expectations of the airlines that considered the ground handling charges of the Abidjan airport expensive.

The challenge for the government is to improve the competitiveness of its main airport which has just registered its first direct flights to the United States, a step closer to its ambition to be Africa’s first air hub. ‘Where is. This drop should impact ticket prices, or at least improve the margins of airlines to Côte d’Ivoire.

It was in 2015 that NAS won the assistance concession at Abidjan airport for a period of 10 years. The Kuwaiti group currently operates in some 30 airports in the Middle East, Asia and Africa.

240,000 passengers in addition to Abidjan airport