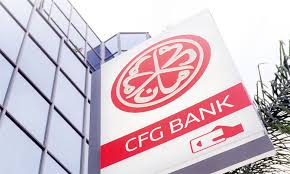 Abidjan or Dakar? The Moroccan bank CFG Bank is studying the issue in the perspective of its project to establish a market in the WAEMU zone. The subject was entrusted to Bloomberg by Laureen Kouassi-Olson, the representative in West Africa and Central Investor Capital Amethis Finance.

Amethis has just made, with AfricInvest, its entry into the round table of CFG Bank which has garnered 300 million dirham, or about 32 million dollars. A treasure of war that should bring the new ambition of the firm that is in line with other Moroccan financial groups such as Banque Centrale Populaire (head of the Atlantic Bank network) or BMCE Bank Of Africa.

The approach will be via « strategic alliances » or acquisitions with 2019 target date.

Launched in 2012 in Casablanca, CFG Bank is now a universal bank with 13 branches in Morocco.