Gambia a bit too vulnerable to debt, says IMF 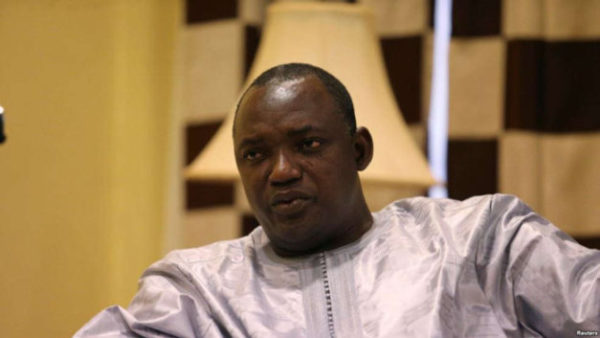 Gambia’s debt-related vulnerability remains high, said a mission of the International Monetary Fund (IMF) that has been in the country from May 3 to 9, 2018, which recommends, among other things, budgetary discipline and “strict The use of external borrowing, even on concessional terms.

“The stock of debt has further increased to around 130% of GDP by the end of 2017 (more than half of which is due to external creditors), mainly because of legacy problems, including faster disbursements of loans contracted. previously and the posting of external arrears of the previous government, as well as the assumption by the State of the liabilities of the public enterprises “, explains the institution.

To maintain debt sustainability, she said, the country will have to “refrain from contracting new public debt or contingent liabilities, before generating additional fiscal and borrowing space,” and “mobilize more investment. private “. In addition, there is a need to strengthen fiscal discipline and increase domestic revenues to reduce the vulnerability of debt, the IMF recommends.

After more than 20 years of autocratic rule, The Gambia remains a fragile country with significant deficits in terms of development and infrastructure, adds the Fund which deplores a “generalized” and “relatively stagnant” of poverty.

Moreover, it is also vulnerable to shocks due to its size and over-reliance on tourism and subsistence rain-fed agriculture, coupled with insufficient access to electricity (47% nationally) and its cost. considered high.

The economic recovery is strengthening in The Gambia, also notes the IMF. Growth rebounded to 3.5% in 2017 (against 2.2% a year earlier), which the institution blames for “a better agricultural campaign and a recovery of tourism, trade and transport.” For 2018, the fund forecasts a rate of between 5 and 5.5%.

Headline inflation, meanwhile, fell from a peak of 8.8% in January 2017 to 6.5% in March 2018, due to the stabilization of the currency and a rebound in the food supply. . “Considerable external financial aid has boosted international reserves and allowed the state to reduce its reliance on domestic borrowing, which has led to a sharp decline in treasury bill yields,” said the international organization.

DRC: the State raises 17.5 million USD on the financial market

In Abidjan, the BRVM launches the listing of the FTC Teyliom Immo loan