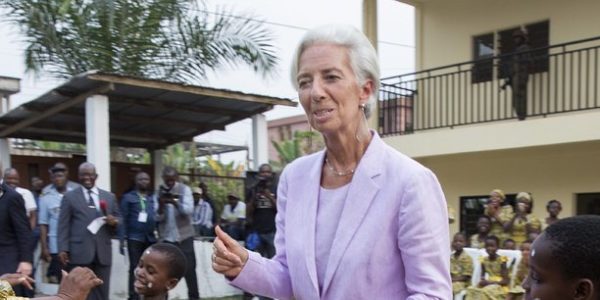 The IMF’s board of directors approved on Monday, April 30, the disbursement of $ 191 million in Ghana after the completion of the 5th and 6th reviews of the Extended Credit Facility, he said in a statement on Wednesday.

According to the institution, this new disbursement brings to $ 764.1 million, the total of its disbursements under the economic and financial program. “During the review, adjustments were made to the program to ensure it stays on track and improves its prospects for success,” reads the release.

Approved on April 3, 2015 for a total amount of approximately $ 955.2 million, the three-year program aims to reduce the fiscal deficit, restore the sustainability of Ghana’s debt and macroeconomic stability, and encourage a return to strong economic growth. growth and job creation, with protection of social spending.

According to the IMF, its implementation has improved considerably in 2017, with a rebounding growth, a declining budget deficit, leading to the first primary surplus in 15 years. “Steps have been taken to address the fragilities of the financial sector,” said the institution, which encourages Ghana to “continue” in the same direction.

It should be noted that President Nana Akufo-Addo had clearly stated his intention to turn back with the help of the Fund, at the end of the said program. “We are determined to put in place measures to ensure irreversibility and maintain macroeconomic stability so that we have no reason to seek the assistance of this powerful world organization again,” he said. February 8, in a speech on the state of the nation in front of the deputies in Accra.

In July 2017, the Ghanaian also announced that he wanted to “move on” at the end of this program, before the institution extends it by one year.

DRC: the State raises 17.5 million USD on the financial market

In Abidjan, the BRVM launches the listing of the FTC Teyliom Immo loan