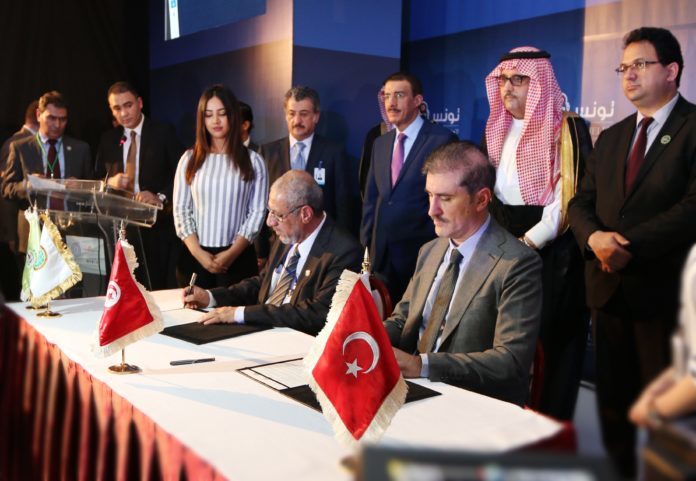 The Board of Governors of the Islamic Solidarity Fund for Development (ISFD) closed its 11th meeting on Thursday, April 6, 2018 in Tunis. During this meeting, the Council adopted the Fund’s annual report, which highlights the most important achievements of the ISFD in the fight against poverty in member countries.

The total amount of projects and programs approved by the Fund since its establishment amounted to US $ 734 million for 117 concessional loans and grants to 33 countries. Of this amount, $ 175 million was allocated in 2017. This funding has been allocated to several sectors such as microfinance, renewable energy, health and education.

The ISFD participated this year in important programs, including the Science, Technology and Innovation Fund, to which it contributed US $ 100 million, with a view to to provide scientists, innovators and SMEs with the necessary funding to develop their ideas and projects. During 2017, the Fund also supported other initiatives such as social development projects in Sierra Leone and Indonesia, the obstetric fistula treatment program and humanitarian aid in Yemen.

The Fund also welcomes the highly successful Preventable Blindness program, with resource mobilization exceeding ten times the target set in the second phase of this alliance for the period 2018-2020. The Fund has allocated $ 5 million to this program for a target of $ 25 million. Thanks God, the ISFD was able to mobilize an additional US $ 245 million in financial and in-kind contributions, which enabled 1.5 million people to benefit from cataract surgery and 10 million students. eye consultations and glasses. We celebrated this alliance yesterday and signed agreements with 32 partners from different parts of the world.

In this context, the Fund has signed a Memorandum of Understanding with ETHIS CROWDFUNDING to launch a new experience in the field of collective resource mobilization, with a target of US $ 1 million for the Program against Blindness. This initiative will test the Fund’s ability to mobilize resources from the public and patrons for poverty alleviation programs and will be a qualitative leap for the ISFD.

The ISFD Board of Directors has also approved its participation in ambitious and important programs, such as the funding of the School Reintegration Schooling Program to reintegrate 2.4 million children into schools in developing countries. selected countries, including Mali, Pakistan and Nigeria. This program will be implemented in collaboration with Qatar’s « Education Above All » Institution, beneficiary country governments, international donors, international institutions and civil society organizations. The overall cost of the program is US $ 375 million, including a $ 100 million share from the ISFD.

On the other hand, the Fund has developed innovative products for the mobilization of resources, for example, the « liquid soukouk waqf » and the « Ihsan Fund » for the investment of awqaf. The Ihsan Fund is currently being used to establish a special $ 100 million Al Qods waqf fund, which is being developed by the ISFD in collaboration with the Taawun Institution, the Commercial Bank of Jordan. and other partners. The Fund has signed today a Memorandum of Understanding with the Waqf al Quds partners for the construction of said waqf, whose income will be used to improve the living conditions of the population of Al Quds.

In addition, the Fund signed a Memorandum of Understanding with the Islamic Investment and Export Credit Insurance Corporation (SIACE) for the creation of a Takaful Fund. This fund will provide commercial and sovereign guarantees to least developed member countries to help them attract investment and funding to economic empowerment projects for youth and disadvantaged groups, and to support programs to combat poverty. poverty in these countries.

The Islamic Solidarity Fund for Development leads the way against poverty