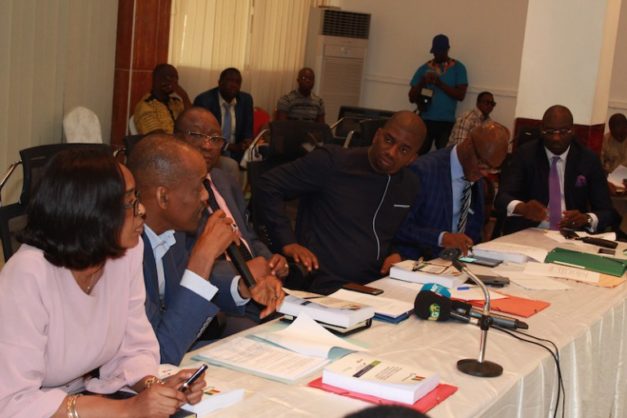 While the country tries somehow to start the process of transformation of its mineral resources, in 2015 Alpha Condé signed a decree for commissioning the Interministerial Committee for Monitoring Integrated Mining Projects (CISMI). The mission of this committee is to streamline the implementation of integrated mining projects with the creation of a single point of contact which will be the center for accelerated processing and follow-up of permit and permit applications for integrated mining projects and to enable reduce delays in obtaining construction or operating permits.

Led since its establishment in 2016 by the Guinean Ministry of Mines under the chairmanship of the Minister of Mines, Abdoulaye Magassouba with representations of the Ministries of Economy and Transport, said committee held its first meeting on Wednesday, April 4, 2018 to evaluate the level of operation of the Interministerial Committee for Monitoring Integrated Mining Projects (CISMI).

The purpose of the committee meeting was therefore essentially focused on exchanges with a view to reaching a consensus on the content of the recommendations of the diagnostic report to be taken into account in order for them to be brought to the Council of Ministers level and that the reforms aimed at to groom the entire system of issuing permits and authorizations can be committed as soon as possible.

According to the statistics of the permanent secretariat of the committee, from 2016 to the present day, 60 permits have been issued out of 72 applications.

Guinea: depreciation of the local currency due to the “inflexibility” of prices