Guinea: electricity in the balance sheet of EDG 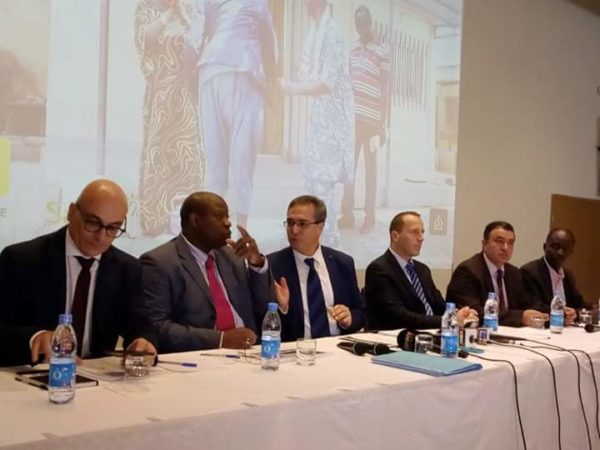 In an uncomfortable situation in recent weeks, the Electricity Company of Guinea (EDG), strongly criticized lately because of load shedding and the demonstrations that followed, made, Wednesday, January 17 in Conakry, its annual balance sheet of the exercise 2017 .
Abdenbi Attou, the deputy head of the EDG, who became head of the company under the administrative supervision of VEOLIA in January 2017, with the mission to pursue the recovery plan for a period of four years, lent himself to exercise.

The finding made by the administrator of EDG upon his arrival was that production is highly deficient in relation to demand. This resulted in recurrent mass outages and overloads at the line level. The illegal connections and the absence of meters also contributed, according to Abdenbi Attou, to the low level of technical and commercial performance of the company.

According to him, in 2017, EDG reduced the 40% cut-off time and increased the production of 44% by strengthening its facilities. It also reduced operating expenses (excluding the purchase of energy and fuel) by 31%, which is 122 billion GNF savings, and the reforms carried out by the new management allowed for an increase of 42% of the figure. business of the company.

With the financial support of the State, the head of EDG announces that the company has commissioned several new thermal power plants in the country (including Kaloum V, Kankan, Mandiana, Kouroussa, Kérouané, Boffa and Boké) which, according to him, allowed to increase the service and the rate of access to electricity.

Commercially, 61.000 meters were installed in households to control consumption and reduce fixed-price billing issues; remobilization of sales teams; receipts increased by 78%, an increase in 5 points in the recovery rate (77% 2015 to 82% 2017) and 68% sales contributed to the turnaround in the sector, according to the deputy head.

Despite all these advances, Abdenbi Attou remains aware that the challenges related to the energy issue are still immense in Guinea. “We will move from January 2018 to a second phase by accelerating the pace of the measures planned in our internal roadmap to accelerate the recovery initiated and achieve the objectives set by the management contract.”

For the outlook, EDG’s General Manager announces new enhancements for 2018, such as new services, to facilitate customer processes; the opening of a major account agency and a one-stop promoter; setting up a customer service center (to strengthen and complete the current “Allo EDG” call center); the renovation of commercial agencies and the payment of invoices via a third-party network will, according to him, allow EDG to improve its customer relations very clearly.